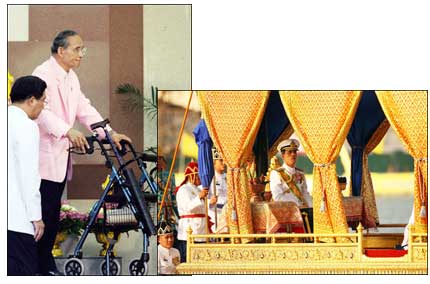 Thailand's King Bhumibol Adulyadej (image left) leaves the Siriraj hospital in Bangkok, Thailand on November 7. The 79-year-old King is the world's longest reigning monarch, and had been recovering in hospital since October 13 after suffering a blood clot in his brain.