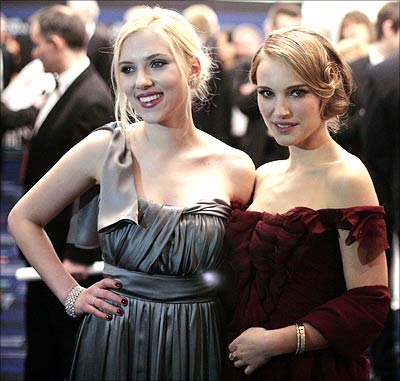 Hollywood actress Natalie Portman is smitten by her The Other Boleyn Girl co-star Scarlett Johansson's assets.

The Oscar nominated actress got a glimpse of Johansson's twin assets during the making of the film.

'Seriously, I would really want to grab Scarlett's breasts,' The Sun quoted Natalie, as saying.

'She's got beautiful ones,' she added.

The Other Boleyn Girl was recently premiered in London and was attended by Prince Charles and the Duchess of Cornwall.