Bollywood's Tarzan is back! 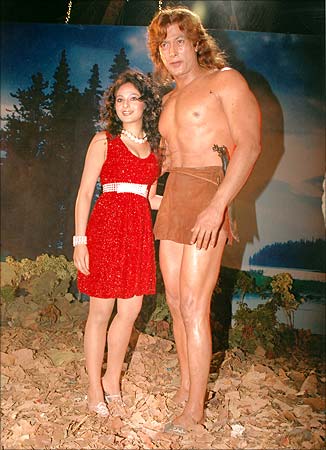 After 23 years, Bollywood's Tarzan is back!

Actor Hemant Birje (in the picture) will act and direct the new film as well, titled Return Of Tarzan.

Return of Tarzan will be shot in Mumbai and South Africa. Though the leading actress has not been decided yet, Nikki Shah Patel (in the picture) will play one of the actresses in the film.

Birje had tried his luck in Bollywood after Tarzan, but his films never matched its success. Birje soon switched to character actor roles. He was last seen in Salman Khan's Garv.