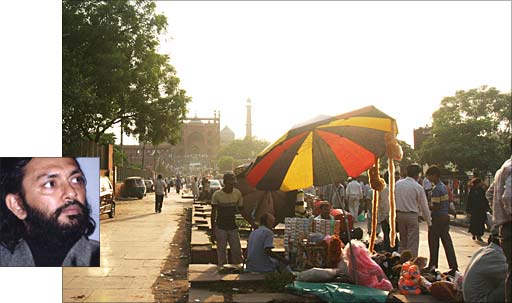 The seemingly jinxed project of director Rakyesh Mehra (inset) has finally taken off.

The film, a semi-autobiographical take on Mehra's life, has been in trouble since its inception.

The director had written the film even before he wrote his huge hit, Rang De Basanti, which released last year. But he could not find his cast.

Mehra first approached Abhishek for the role but soon, he was dropped. More contenders like Hrithik Roshan, Siddharth (Rang De Basanti) and Vivek Oberoi followed, but the project never took off. Mehra even considered doing the film with newcomers.

Finally, the director got his wish and his first choice Abhishek agreed to do the role.

Gullu Gupshup learnt that Mehra did not want any disturbance during the film shoot, and that Delhi's crowded Chandni Chowk (pictured above) would not be the right place to shoot the film.

For those who don't know, the title Dilli 6 comes from the postal code of the area in and around Chandni Chowk in Delhi, where Mehra spent his early years.