Shyamalan's luck runs out at the box office

Sinking below the expectations of even the gloomiest box-office pundits, M Night Shyamalan's Lady In The Water made just about $18 million over the weekend in North America.

Many had predicted that the film would open with at least $28 million, with some seasoned observers like Gitesh Pandya of Box-office Guru predicting a $33 million gross.

The new film marked a first for the writer and filmmaker. It has many comic moments -- and some of them, especially the ones involving Sarita Choudhury, who plays Shyamalan's nagging sister in the movie, are quite funny. 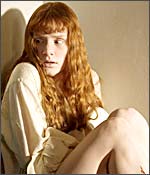 The film opened amidst controversy that its script had been rejected by Disney, which released Shyamalan's four consecutive hits -- The Sixth Sense, Unbreakable, Signs and The Village.

Lady In The Water, made for Warner Bros, ended Shyamalan's extraordinary run at the box office.

His last four films grossed about $2.5 billion through ticket and DVD sales worldwide.

Unless Lady In The Water, made for about $55 million, does extraordinary business abroad and has strong DVD sales, it could lose money.

Trying to capitalise on the film's expected success, The Man Who Heard Voices: Or How M Night Shyamalan Risked His Career on a Fairy Tale by sportswriter Michael Bamberger hit bookshelves in the US a day or two before the movie release. The book ridiculed Disney managers as visionless people who did not understand gusty filmmakers.

The book, which drew ridicule in many publications including The New York Times, was written at Shyamalan's behest.

The sinking of Lady In The Water was yet another jolt for Warner Bros. Its $160 million Poseidon was a flop, grossing just about $180 million worldwide. And though Superman Returns is headed for a $400 million gross worldwide, it has to wait for the DVD release to recoup its $260 million production cost and the $100 million Hollywood spends on the prints and publicity of big budget films.

Lady came in third across North American theatres, trailing Pirates of the Caribbean: Dead Man's Chest, which grossed $35 million this weekend. Its gross has now reached $321 million, and the Disney film has held onto the top spot for three weeks. 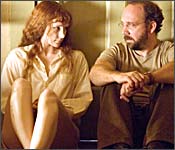 The opening for Lady was less than half the $50.7 million opening for his last film The Village -- which grossed about $250 worldwide -- and less than one-third the $60.1 million Signs made on its opening weekend in North America. The latter film, starring Mel Gibson, earned about $400 million worldwide. In the case of Signs, his fans disregarded the critics and came back to see the film repeatedly.

Even though the critically trashed The Village, which relied mostly on Shyamalan's reputation, began to decline from its second weekend onwards, it still had a profitable run.

Lady In The Water, which started with a decent $6.8 million gross on Friday, saw its gross plunging by about five percent on Saturday. And that is real bad news. Saturday's gross goes up by about 25 percent for most movies.

Shyamalan's film, which originated with a bedtime story he told his two daughters (and which became an illustrated book for children published by a division of Warner Bros), centres on two mysterious people. It has, of course, many more characters and a more complicated story line than the book.

Over 200 ultras surrender before Sarma in Assam