'I expect there will be another Superman movie'

Paul Levitz, President, DC Comics, has a mission. He wants to build a new generation of people who love Superman. And going by the reviews, he's been successful.

Part 1 of the interview: Why is Superman so popular?

In the second part of his interview, Levitz compares Superman to Batman, and why the former doesn't need a mask. Read on:

Every superhero is out to make the world a better place - why is Superman much more iconic and revered than the others?

I don't think they are all here to make the world a better place, actually -- at least that is not their primary objective. If you take the classic dichotomy between Superman and Batman, the latter grows out of anger and tragedy and is really about saving himself again. He is looking to save the child he was from the tragedy he witnessed as a child. It is a very personal dilemma. The world gets to be a slightly better place in the process, but that is incidental -- he is really working out his own therapy; and you could say the same for Spiderman, too.

Superman, on the other hand, has this astounding moral choice to make. He is powerful enough to destroy the world, be the ultimate hedonist, take his pick of beautiful girls and throw them out when he is done with them -- all of which is well within his ability to chose. And yet, maybe because of the Kansas farm upbringing, because of the kind of person he is, or his father's advice, he makes different choices.

These are different answers to the same question, and I think that is why they appeal to different kinds of people. 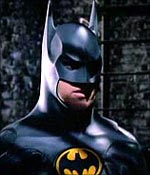 Are you not concerned that filmmakers could change the mythology while making their movies, and lock you into it -- like Chris Nolan burning down Wayne Mansion.

We have burned down Wayne Mansion a couple of times ourselves (laughs). The challenge in all these situations is you have to balance the familiar with the fresh. The audience wants to come to the movie and they want to see what they know about the character to be true -- he is Clark Kent, he works at the Daily Planet, he lives in Metropolis, he loves Lois Lane.

So what are the surprises? They have to be fresh -- he has been away, he finds Lois is involved with someone else. The same thing is certainly true of Chris Nolan's Batman. If you do it right, the fresh feels like it is built on the foundation of what came before and it is like a natural evolution. When you do it wrong, the house feels shaky.

Do they do a presentation to you before making a movie based on your characters?

Definitely. In the case of Superman, we worked on a very fast schedule. (director) Bryan (Singer) and the writers came up with the story line last summer, they pitched to Warner Brothers, it was dead on to the heart of the mythology so it wasn't like there was a lot of discussion needed. We talked a little, but Bryan drove it in the direction he saw from the beginning.

Chris on Batman had questions from the very beginning, about different things. We had a lovely entertaining afternoon once, discussing what Batman's relationship to his father was -- I remember using the metaphor that it was like the relationship between Teddy Roosevelt and his father; If you look it up, you will see it is true. It actually works. 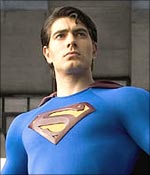 Here is what I don't get about Superman: unlike the others, he never wears a mask, so his face is out there for you to see. Even when he is out of costume, he looks like Superman. Yet, we are supposed to believe that intelligent men and women, working in a top newspaper, cannot see the resemblance; that the woman who loves the one does not recognise him in the other. How does that work?

We use that little thing called literary license (laughs). I think how it works is, it plays into the fundamental emotion of all of us. There is us, and there is this girl who looks at us, and she sees the Clark Kent in us and we are desperately hoping she sees Superman.

I think that is what Jerry (Siegel) and Joe (Shuster) were trying to say right at the beginning, and that is how the execution of the character since then has been.

Speaking of changes and growth, Superman now has this child.

I expect there will be another movie.

Will he grow up to become the next Superman?

I don't know. You can apply the principle of hybrid vigour, and say that the child is a Kryptonian and a human, and so should be stronger than both. Or you can say that there is a lot planted in this movie, his first, that says the genes aren't reacting particularly well -- his health problems, fragility, all of that.

Anyway, he is here now, we'll see what the guys come up with.

Do movies of this kind tend to push established characters in different directions in your comics?

Occasionally, we use stuff from the movies in the comics, but we don't feel the need to stick to the movie storyline in the comics. The comics have a smaller audience, we tell them our stories our way.

Marvel Comics, your competitor, has had tremendous success with the Spiderman franchise. Did that inspire you to get Superman out there?

I think if you look at the grosses of the original Superman movies and adjust that for inflation, you will find we didn't need a lot of motivation -- we wrote the book on that. It is not the motivation of Spiderman doing well that made us do Superman now -- it was just a matter of timing.

You wait till the dish is cooked properly before you eat it. We went through about ten years of development on Superman, and we felt the dish was cooked right just now.

For a guy who flies at the speed of light, Superman has taken a long time to make it to the screen -- we began hearing of it being in development somewhere in 1995 and since then, a half dozen directors and a couple of dozen scriptwriters have been linked with the project. What was the delay all about?

It was nine-and-a-half years between when we did the deal on Batman and the Tim Burton movie came out. It was a different culture then though, so you don't have rosters of the different directors who worked on versions of the movie, or copies of the different drafts. These are very big ventures and they are very distinctive in what it takes to put it together.

You did say that this particular project came together very fast -- what happened over those nine years then?

People were trying. A director would come up with an idea, they would put him with a writer, they would work on a storyline and pitch it to the studio, they would go through three, four drafts, and it wouldn't work. They tried to solve the problems, but it never got to the point where someone sat there and said this was worth betting a hundred million dollars or more on.

Superman is your character, you have a stake in how it is played on screen. Do you get to have a say in casting?

I don't get very involved in the casting. That is an art form that depends on working with actors all day long. The casting directors have to be able to look in an actor's eyes and figure how they will look on screen, what they will project, what they can be trained into.

I remember the first time Christopher Reeve came into the office. I was a kid then -- he was this big gangly guy with scruffy skin and the remains of acne, and not a girl in the place turned her head. The second time he came through, we had to have velvet ropes and sneak him out through the freight elevator to keep him from getting molested in the halls. Clearly, the casting director who picked him for Richard Donner's film knew something we didn't.

Do you think Brandon Routh can be the natural successor?

You know, if I were Brandon's girlfriend, I would be keeping a very close eye on him for the next couple of years, at least.

Why is Superman so popular?