All about the Mel Gibson scandal

Ah, the tabloids love their buzzwords.

And post-Internet, these weak puns receive nearly instant global accreditation. Now, after milking Brangelina and Tomkat for all they're worth, this weekend has seen the world move on to the next big (sic) thing: Mel-tdown.

Mel Gibson's drunken antics have shocked the world. Here's a quick lowdown on The Fall Of The Gibson:

What did Mel Gibson do?

He got drunk. Despite now-popular footage of a 2004 television interview where Gibson laughingly describes drunk driving as 'the height of careless stupidity', the actor capped off a wine-fuelled dinner on Thursday by speeding (in his 2006 Lexus) in Malibu.

That doesn't sound so harsh. Drinking and driving is insane, but is that all?

Not quite. Mel had quite an eventful night, resisting arrest and swearing uncontrollably. It took the embarrassed officers quite a while to get the actor into the patrol car, and even longer to calm him down for the ride.

Handcuffed and thrown into a cell, Gibson then attempted to urinate on the floor of the booking cell.

Asking for a phone call but not finding a dialtone, he did a Russell Crowe and threw the receiver against the phone.

Finally, refusing to sign the necessary paperwork, he was thrown into a cell for the night.

But that isn't even what's kicking up the storm; it's what he said that mattered.

Wild! So what did he say?

Ah. Now where to begin?

Peppering his speech liberally with the F-word, Gibson began his tirade by threatening the cops, refusing to get into their car telling them that he 'owns Malibu' and will spend all his money to 'get even' with the police officer in question.

Then followed the racial slurs (pun inevitable) of an unbelievably anti-Semitic nature.

Suddenly venting fury on Jews, Mel abused them colourfully and said they were 'responsible for all the wars in the world.'

When not indulging himself in Jew-abuse, (read all the unprintable details here) Gibson used the choicest of profanities on the cops present, and highlighted the moment by insulting a female sergeant, yelling 'what are you looking at, sugar t**s?' 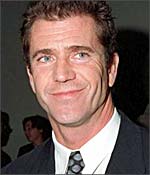 Unbelievable! Is there a possibility he was just really sloshed?

Well, he was extremely drunk, sure. But while it's possible (heck, in the rockstar world even typical) to overlook his behaviour as the sort of lapse of reason loved by tabloids and writers of Jay Leno's monologue, the things he said has taken this scandal to new lows.

Especially since there's been a strong anti-Semitic vibe emanating from his image for quite a while now.

Really? So does Mel have a Jew-hating history?

Let's just say he has a checkered past, in regards to that subject. His massive 2004 blockbuster, The Passion Of The Christ courted global controversy, as many perceived it to be distinctly anti-Semitic.

Just before the film's release, Mel's dad Hutton Gibson is a Holocaust-denier, believing that Jews made up the Holocaust and are currently attempting to take over the world.

Forced to address the issue, Mel simply said his father never lied, and tried to defuse things by inexplicably saying, 'Many people died in World War II and some of them were Jews.'

And does that make Gibson unpopular in Hollywood?

On the contrary, prior to this weekend, he has been the toast of Beverly Hills.

The Passion made an insane amount of money, and the merchandise sales wholly added to Mel's coffers.

Nothing succeeds like success, and while it is admittedly true that some Hollywood circles would want nothing to do with Mel Gibson, he has undeniably been one of the most powerful and influential figures in tinsel town.

Has Mel commented on the incident yet?

Yup, he's promptly checked into alcohol rehab and issued an apology: 'After drinking alcohol on Thursday night, I did a number of things that were very wrong and for which I am ashamed. I drove a car when I should not have, and was stopped by the LA County Sheriffs. The arresting officer was just doing his job and I feel fortunate that I was apprehended before I caused injury to any other person. I acted like a person completely out of control when I was arrested, and said things that I do not believe to be true and which are despicable. I am deeply ashamed of everything I said. Also, I take this opportunity to apologise to the deputies involved for my belligerent behavior. They have always been there for me in my community and indeed probably saved me from myself. I disgraced myself and my family with my behavior and for that I am truly sorry. I have battled with the disease of alcoholism for all of my adult life and profoundly regret my horrific relapse. I apologise for any behavior unbecoming of me in my inebriated state and have already taken necessary steps to ensure my return to health.'

He didn't say anything directly related to the anti-Semitic comments?

Yeah, he issued a fresh apology just for the Jewish community on Monday. 'I want to apologise specifically to everyone in the Jewish community for the vitriolic and harmful words. Please know from my heart that I am not an anti-Semite. I am not a bigot. Hatred of any kind goes against my faith. There will be many in that (Jewish) community who will want nothing to do with me, and that would be understandable. But I pray that that door is not forever closed.'

And how is the film industry reacting to all of this?

Thanks to the Internet, the disgrace has spread amazingly fast.

Disney, who are preparing to release his next film (Apocalypto, a period Mayan-language epic) feel the December release won't be affected by this, except maybe for an obvious delay on post-production due to his rehab.

It's likely Disney would have said more had they been financing the film instead of merely distributing it; its ABC network has already scrapped the idea for 'a Holocaust-themed miniseries' in collaboration with Gibson.

Plus, blogs all over the web are already calling for audiences to boycott Apocalypto. 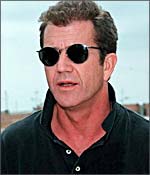 A boycott? Wow. So will they?

Nah, not likely. Even incensed audiences are curious, don't forget.

But while this film may well make money on eventual release (December doesn't seem realistic at all right now) and he has unimaginable amounts left over from his Passion, there is a definite indent in the Lethal Weapon action star's brand value.

It is likely that he will stick to safer mainstream projects instead of heading into religious mumbo-jumbo as he has more recently been prone to do.

As an actor, he will probably take a relative sabbatical from the screen anyway.

Finally, is Mel Gibson wiped out then? Is his Hollywood dream over?

It might look real nightmarish right now, but the short answer is no. Especially not when your drunk driving mugshot still looks A-list.

Hollywood always forgives its own, it just takes a while.

Beverly Hills folk seem keen on prodigal sons as Roman Polanski realised with the rousing accolades given to him and his Pianist despite the 1977 sex scandal.

Hugh Grant's in-car tomfoolery with a prostitute named Divine Brown (all the more ludicrous a thought because he was then going out with Elizabeth Hurley) made him the butt of jokes on both sides of the Atlantic, but he remains one of the most bankable (and popular) stars around.

Mel Gibson too will make it, but his next project better be Mad Max V instead of Passion II.