Why IIT grads abroad are returning to India

Ashutosh Gupta, shortly after graduating from the Indian Institute of Technology, Delhi, left for America holding a "one-way plane ticket" and little else.

"At that time, in the early 1990s, America was still very much the land of opportunity," he says. "You studied at IIT, went on to a school like Stanford or MIT, and then hoped for a green card."

He, like thousands of others from his generation and before, achieved this dream, and eventually settled down to a career as an investment banker with financial heavyweight Goldman Sachs. He seemingly had it all: Offices in Manhattan and London, a hefty salary, and the chance to earn United States or United Kingdom citizenship  --  in short, a fairy-tale ending. 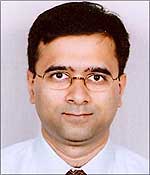 Today Gupta, age 38, sits atop the crest of a new trend: IIT graduates either coming back to India for employment, or never leaving in the first place; a "reverse brain drain", he calls it. Gupta is currently head of the private equity group and chief transition officer for Investment Research at Evalueserve, a Gurgaon-based company.

Early April, his company released a study that examined this phenomenon in depth  --  the seemingly magnetic power of India to retain today's batches of IIT graduates.

The study's author Alok Aggarwal, himself an IIT graduate and recent India returnee, says India's best and brightest increasingly see the home country as the most advantageous place to live and work.

A quick peek at the numbers shows that between 1964 and 2001, 35 percent of graduates from the seven IITs moved to America for work or studies. But, at around the time when India's economy achieved near double-digit annual GDP growth rates, the number of IIT graduates leaving for the States dropped sharply.

From 2002 onwards, only 16 percent have opted for 'one way plane tickets', and as Gupta's case demonstrates, many who left India earlier also now feel the call to come home.

The reasons for this are nuanced, and Gupta hesitates to pinpoint any one specific cause. Still, he agrees that post 9/11 visa difficulties, the slowdown of America's economy, and the emergence of India as a major world player have all coalesced to bring about the recent trend.

"The H1-B visa process has become increasingly difficult," he says. "Today's graduates see the hard evidence that it may not be the best option. They'd rather work two years for a Google or a Microsoft in Bangalore, or even for Indian companies like Tata and Bharti, and then later go for an MBA degree at the Indian School of Business, in Hyderabad, or one of the IIMs."

Gupta's own case is an exemplar of the advantages: in terms of luxury and amenities, his new home in Richmond Park, Gurgaon, on the outskirts of New Delhi, rivals the exclusive communities that house most high-income Americans. It has good schools, good infrastructure, well-paved roads, peaceful gardens, watchful security, and a consistent supply of water and electricity.

"Plus, there are certain comforts you get in India that you just can't find in America: Food you're familiar with, music you love, etcetera," he asserts. "And of course, now I can spend time with my parents; that was a huge factor."

He is not alone  --  Gurgaon houses about 10,000 families, a number of whom are recent returnees. 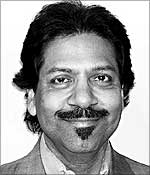 For Parajit Garg, an IIT Bombay topper (class of 2007) who earned his five years integrated Masters Degree in Computer Science and Engineering, the decision to stay in India wasn't difficult at all. Garg, with due concession to modesty, says he could have gotten an education or job placement pretty much anywhere in the world, but opted to work for a hedge fund in India, and locate himself in Gurgaon.

"It made sense, just looking at the way the market has grown in the past five years. Of course, ten years ago, it was different. But things have changed. Even if you opt to stay in India, most companies offer international internships and assignments, for two or three months, so that you don't miss out on the experience of working internationally."

In the case of Gaurav Kwatra, a 2003 IIT Delhi graduate who worked in Financial Services in the US for three years before moving back to India in May 2007 to work at the Public Health Foundation of India, it was "a personal decision." He enjoyed his time in America, and was thrilled to have had the experience.

"I travelled a lot throughout America, and did a lot of things I otherwise wouldn't have: I sky-dived, I went trekking. But in the end, I wanted to be where I was most comfortable." What about Indian food and music, was it the same in America? "No," he laughs. "I really missed my daal chawal."

Then there are people like Karthik Narayanaswamy, an IIT Bombay graduate who  is working in management consulting in Delhi. "I was raised in Kuwait, so my experience is a little bit different," he explains. "For me, after studying at IITD, it just wasn't enough. I wanted to see more of India. It's funny, when I was in America, older Indians were telling me, 'I wish I could go back. You're lucky; now I'm too tied down here.'"

He says he saw the writing on the wall, and "didn't want to miss the boat." Where it once was a great asset to boast international experience, "Now, everyone works in India for at least a few years," Narayanaswamy points out. "If you haven't done it; it can actually be a problem (for career development)."

He believes further that this trend will only gain momentum. "Take my sister, for example," he says. "She passed up a job with an investment bank in England in order to stay in India. Also, this is happening in India, our homeland; if it was Brazil or Russia where the world was focused, perhaps it wouldn't be such an easy decision (to work those countries instead of the US)."

Whatever the reasons, and despite the few hang-ups such as the frequently bemoaned traffic of India's major metros, the research is clear: in the minds of IIT graduates, the US no longer holds the same allure.

Asked to predict which country would 'hold the most promise for success' in 10 years' time, 72 percent of the 677 IIT graduates surveyed named India, with only 17 percent citing the US. Given the overwhelming evidence, both anecdotal and empirical, perhaps it's time to sound the death knell of the much-abhorred, ever ubiquitous, Indian brain drain, in favour of the highly fashionable 'reverse' brain drain.