Source: PTI
June 01, 2005 18:35 IST
For those worried about rising fuel prices and low mileage of cars, relief may be closer than you think.

Students of the Delhi College of Engineering have developed a 'supermileage' vehicle with a fuel efficiency of 150 kms per litre.

The concept car, which will participate in the World Supermileage Vehicle Competition being organised by Society of Automobile Engineers International at Michigan in the US, was flagged off on Wednesday by Chief Minister Sheila Dikshit.

This is the first time that an Indian team is taking part in a world competition on innovative concepts. It will also be the only team from Asia this year in the event.

The aerodynamic green-and-black car with a body made of carbon fibre and reinforced plastic weighs 55 kgs. It can seat only one person and has a top speed of 36 km per hour.

The 14 students of DCE's third year production and mechanical engineering course who developed it have named themselves 'Team Endeavour'.

Neha Juneja, the only girl in the team, said the 3.5 hp, four-stroke 140 cc Briggs and Stratom engine used in the car had been given to them a year back by SAE International. They then reduced its capacity to 60 cc so that it could achieve its 'supermileage'.

Congratulating the team members on their achievement, Dikshit said, "We are proud of the students who are making an effort to achieve fuel efficiency."

The concept car uses 100 octane petrol meeting Euro-6 standards, which is not available in India as yet. It does not have a fuel tank and instead makes do with a 'fuel bottle', which holds about a litre of petrol.

However, the engine which does not have multi-point fuel injection system and tyres which are not world-class may prove to be drawbacks for the vehicle when it takes on others at the Michigan competition to be held on June 9 and 10.

Thirty-six teams from universities across the US, the UK, France and several other countries will participate in it.

The project to develop the car was supported by DCE, the department of science and technology of the government of India and a number of players from the auto industry. The vehicle will be dismantled and sent to the US while the team members will head for the country on June 5.

DCE students had earlier designed and developed a Formula student car and an all-terrain vehicle, which received the FISITA Best Endeavour award, according to a release from the institute. 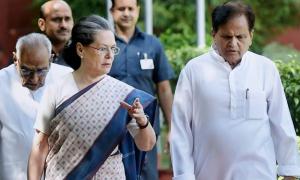